Evelyn Suarez was heavily quoted in a recent article posted on the International Bar Association website entitled “US-Africa trade: time for a rethink.” Excerpts from the article appear below, for the full text please visit the IBA website.

The value of US trade with Africa is declining, while China’s is booming. Global Insight analyses why the US is struggling to trade on a large scale with Africa and assesses what impact the Ebola outbreak has had.

END_OF_DOCUMENT_TOKEN_TO_BE_REPLACED

Presentation on FCPA at the AAPA Seminar in New Orleans 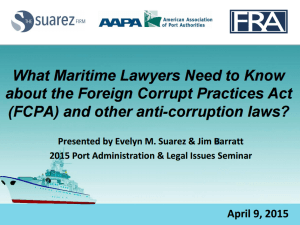 Evelyn Suarez addressed a group of maritime lawyers at the AAPA Port Administration and Legal Issues Seminar in New Orleans, Louisiana on April 9, 2015. The presentation, which she delivered with Jim Barratt of Forensic Risk Alliance, was on… END_OF_DOCUMENT_TOKEN_TO_BE_REPLACED 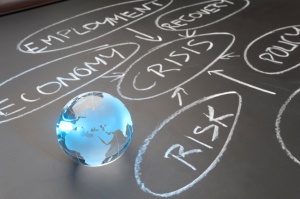 On November 27, 2014, the World Trade Organization (WTO) was finally able to overcome an impasse created by India in July which prevented implementation of the Trade Facilitation Agreement reached in Bali in December 7, 2013. As described by WTO Director General (DG) Azevedo, “the impasse related to the political link between two of the Bali decisions – the decision on Public Stockholding for Food Security Purposes, and the Trade Facilitation Agreement.” The WTO General Council was able to address India’s objections after a breakthrough made by the U.S. and India on November 13, 2014 to simultaneously adopt the protocol necessary to implement the TFA and a decision clarifying the terms of an existing food security “peace clause.” END_OF_DOCUMENT_TOKEN_TO_BE_REPLACED

END_OF_DOCUMENT_TOKEN_TO_BE_REPLACED 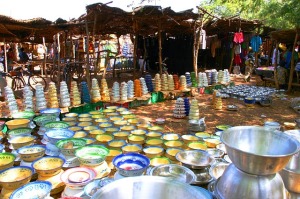