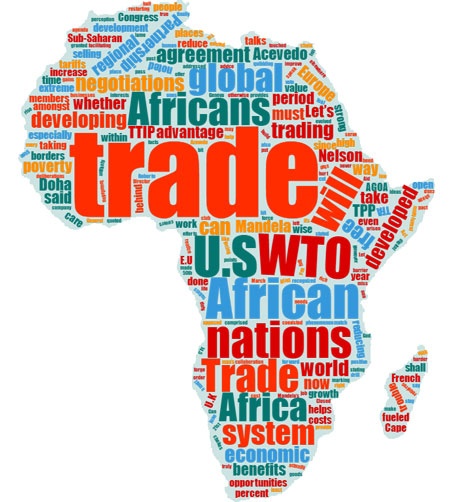 By all accounts, international trade is in trouble as anti-globalization sentiment continues to grow across continents especially in the U.S. and Europe.  Some say it’s the slow economic recovery that has fueled protectionist, xenophobic and nationalistic politics that has given rise to Donald Trump and Marine LePen. It is undeniable that there is a popular sense of disenfranchisement or being left behind by many citizens in these nations.

Whether it is the U.K. leaving the E.U. with the infamous vote on “shall I stay or shall I go,” known as Brexit, or the strong opposition to the Trans-Pacific Partnership (TPP) fueled by the rhetoric of the U.S. presidential race, or the struggle to keep the Trans-Atlantic Trade & Investment Partnership (TTIP) negotiations alive, the U.S. and Europe are decidedly headed toward protectionism and isolationism and appear to be turning their backs on well-established economic theory that supports the benefits of free or open trade.

Let’s drill down a little bit further.  Take for example TPP, a high standard comprehensive trade agreement reached after 5 years of rigorous negotiations amongst 12 countries.  Yet, over the past year or so strong opposition to the pact has been voiced with the anti-TPP chants and placards becoming a familiar image of the U.S. presidential election.  It is highly questionable whether the U.S. Congress will pass the necessary implementing legislation to make it law in the U.S. in the lame duck of Congress after the November election.  Without that, the TPP would truly be in trouble given the difficulties entailed with renegotiating an agreement with 11 other countries.  Then, there is the Trans-Atlantic Trade & Investment Partnership (TTIP), the free trade agreement between the U.S. and the E.U., with the French Minister of State for Foreign Trade Matthias Fekl announcing that the French government will officially request at least a temporary cessation of further negotiations at the informal meeting of EU trade ministers in Bratislava, Slovakia, on September 22-23.  This comes after a German economics minister Sigmar Gabriel saying that the TTIP negotiations have “de facto failed.”  Then there is Brexit, with the impending departure of the U.K. from the EU.  And of course the World Trade Organization, whose accomplishments have been limited and its future uncertain with the lack of success of the Doha Development Round.

While Africa is striving for more economic cooperation and regional integration and someday even a Continental Free Trade Area, developed countries seem to be turning their backs on free trade.  What does this all mean for Africa?  Why should Africans care about the populist resentment towards trade in developed nations?  Africans have their own problems, ranging from conflict, to building infrastructure to establishing their places in global value chains.

A significant reason Africans should care about trade is that it has been incredibly important to reducing poverty and creating prosperity.  As noted by the WTO and World Bank Group in the WTO’s Fifth Global Review of Aid for Trade:

A dramatic increase in developing country participation in trade has coincided with an equally sharp decline in extreme poverty worldwide. Developing countries now constitute 48 percent of world trade, up from 33 percent in 2000, and the number of people living in extreme poverty has been cut in half since 1990, to just under one billion people. Trade has helped increase the number and quality of jobs in developing countries, stimulated economic growth, and driven productivity increases.  http://www.worldbank.org/en/topic/trade/publication/the-role-of-trade-in-ending-poverty

That said, globalization has not been perfect and it is true that the gains have been unequal.  By ignoring the cries of those felt behind in the U.S. and Europe, the leaders of the Western world have put open trade and globalization in jeopardy.  A turn toward protectionism will undoubtedly be disastrous for all nations around the globe.  We are simply too interconnected to be immune from such policies.  Anti-globalization measures will limit access to markets and raise prices for consumers.

So what can African nations do to ensure that the global trading system continues to support growth, development and job creation?  Africans should be part of the solution, not the problem.  Let the Nairobi WTO Ministerial be a symbol of Africa as a positive force in restarting multi-lateral trade talks.  Let’s stop the quibbling over whether the talks are under Doha or otherwise.  There needs to be a way forward and African nations can help forge the way by facilitating collaboration amongst developed and developing countries.  On March 17, 2016, in his speech at the University of Cape Town, WTO Director General (DG) Roberto Azevedo quoted from Nelson Mandela’s speech made in Geneva marking the 50th Anniversary of the multilateral trading system.  Mandela said that the WTO “provides the foundation on which our deliberations can build in order to improve. However, to realize the aspirations of all requires wise work to be done.” https://www.wto.org/english/news_e/spra_e/spra114_e.htm

DG Acevedo also addressed the misconception by some that the WTO is a barrier to regional integration by stating that – like the perception that the WTO is a rich man’s club – does not match up with the facts.  The WTO covers 98% of world trade and is comprised of 162 members at all stages of development, 43 of those members are African countries.  He points out the high costs of tariffs of selling within Africa with an African company facing an average tariff of 8.7% when selling within Africa, as opposed 2.5% elsewhere.  He recognized that regional trade agreements have coexisted with the multilateral system and are not a new phenomenon and stated that the WTO supports both efforts.

Africa should employ every means possible, whether through the multilateral system or regionally, to reduce tariffs and to eliminate non-tariff barriers.  Most notably, African nations should be taking advantage of the WTO Trade Facilitation (TFA) Agreement to simplify and standardize customs procedures, thereby reducing the time and cost of moving goods across borders.  DG Acevedo estimates that full TFA implementation could reduce trade costs by an average of 14.5%.  Remember, God helps those who helps themselves.

And yes Africa should take advantage of the programs offered them to establish their place in the global trading system.  For example, Sub-Saharan African countries should be taking better advantage of the African Growth & Opportunity Act (AGOA), which was renewed June of 2015 for a 10- year period.  It is unlikely that the U.S. will again renew AGOA after this 10-year period as a duty preference program so Sub-Saharan countries should be readying themselves for a different relationship with the U.S. based on the mutual benefits of a free trade agreement.

It would be a shame if the global trading system collapsed at a time when African nations are on the cusp enjoying the benefits of global trade and are finally working to establish their rightful places in the global value chain.  If trade chokes then Africans will miss out on the opportunities that the developed world have enjoyed and may take for granted.  As DG Acevedo noted, we are in a very important period right now.  Africans have an opportunity to shape the agenda in a way that can serve the interests of Africans.  There are differences that must be overcome at the WTO of how to address the remaining Doha issues and how to take on new ones that have arisen since global trade has evolved with e-commerce and digital trade.  Developments such as e-commerce actually provide opportunities for small and medium-sized African businesses that never before existed.

Closed borders will hurt all, especially emerging developing countries.  Closing off trade and investment will hit vulnerable nations even harder.  It is not an answer and African nations must speak up now to offer constructive ideas for solving very complicated problems for 21st Century trade.  Can Africans do the wise work that Nelson Mandela said must be done?  I was in Cape Town when Nelson Mandela passed and witnessed the mourning and celebration of his life.  He was an amazing human being.  I was personally touched.  Let’s heed his advice.