The Transborder Integrity Initiative ™ is a network of entities engaged in international commerce seeking to promote, by collective action, transparency and integrity in the importation and exportation of merchandise worldwide, with a focus on emerging countries.  Two pillars support our objectives: END_OF_DOCUMENT_TOKEN_TO_BE_REPLACED

This article originally appeared in Global Trade on March 18, 2016. 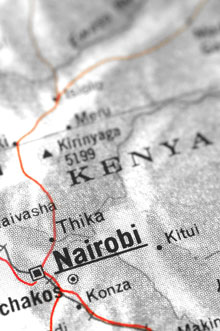 As we welcome the New Year, it is time for the African continent to take stock of developments in international trade policy that occurred in 2015. The year ended with the 10th Ministerial Conference of the World Trade Organization (WTO), which took place in Nairobi, Kenya from 15 to 19 December 2015, a first such meeting to be hosted by an African nation. The Conference was opened by Kenya’s President, Uhuru Kenyatta and hosted by Kenya’s Cabinet Secretary for Foreign Affairs and International Trade Amina Mohamed. They were joined at the Opening Ceremony by President Ellen Johnson Sirleaf of Liberia, whose country concluded its WTO membership negotiations on 16 December 2015. It is interesting to note that the round of trade negotiations being discussed in Nairobi, the Doha Development Agenda (Doha), was launched in Marakesh, Morroco in 2001. END_OF_DOCUMENT_TOKEN_TO_BE_REPLACED

By reducing poverty, international trade also addresses some national security concerns. According the OECD, trade openness can be tangibly measured in terms of economic growth, productivity, a higher standard of living, further innovation, stronger institutions and infrastructure, and even the promotion of peace. END_OF_DOCUMENT_TOKEN_TO_BE_REPLACED